Capstone Legacy Foundation is a 501 (c) (3) Christian community foundation dedicated to the preservation of donor intent. We provide planned giving solutions to donors and tax-exempt status charities across the United States. Our long-range vision stems from our very deeply rooted past.

In fact, although Capstone was founded in 2005, our financial and spiritual legacy stems from one of America’s oldest industrial firms—the Lukens Steel Company—which dates back to the time of George Washington's presidency in 1793. Operating through a succession of family related owner-managers Lukens achieved a number of "firsts" and "bests" over the centuries:

Although as a non-profit community foundation, Capstone bears little physical resemblance to Lukens’ industrial origins, we exist as a direct result of that original steel making fortune.

In 1957 Charles Lukens Huston Jr. and Ruth Huston formed the non-profit Huston Foundation for tax purposes in recognition of their parents’ Quaker/ Presbyterian Evangelical Christian activities. While Charles was busy running the steel business, his sister Ruth used her money to undertake missionary work in the Appalachian Mountains of eastern Kentucky. Riding through dangerous mountain passes and fording swollen streams on horseback, Ruth taught Bible courses to children in the region. She also generously used her inheritance to augment the Huston Foundation’s ability to fund good works.

Charles Huston's daughter Nancy Huston Hansen was deeply inspired by her father's example as a businessman and her aunt Ruth's example as a Christian misisonary. While working at the Huston Foundation as a philanthropist, Nancy also served as a Lukens Corporation board member from 1985 through 1995.

While executing that office, she took the unique approach of enlisting help from Christian prayer partners gifted in the office of intercession. Whenever Lukens’ board was in session, Nancy’s friends would sit in the next room praying for guidance in the executive headquarters. Coincidently  (or "providentially" depending on your point of view) Lukens became a Wall Street darling in the late 1980s when the company won a series of very large government contracts.

As a non-profit community foundation, we like to think that Capstone's financial legacy in the specialty steel business informs our boutique approach to charitable work and long-term gift planning today.

Considering all this, if you want flexible, scrappy, outside-the-box thinking, if you want to work with a community foundation small enough to make your size meaningfully important, or if there’s a ministry project close to your heart that others have failed to embrace, consider working with us.

This 200+ year story inspires our efforts to ensure that we help your giving echo into eternity. 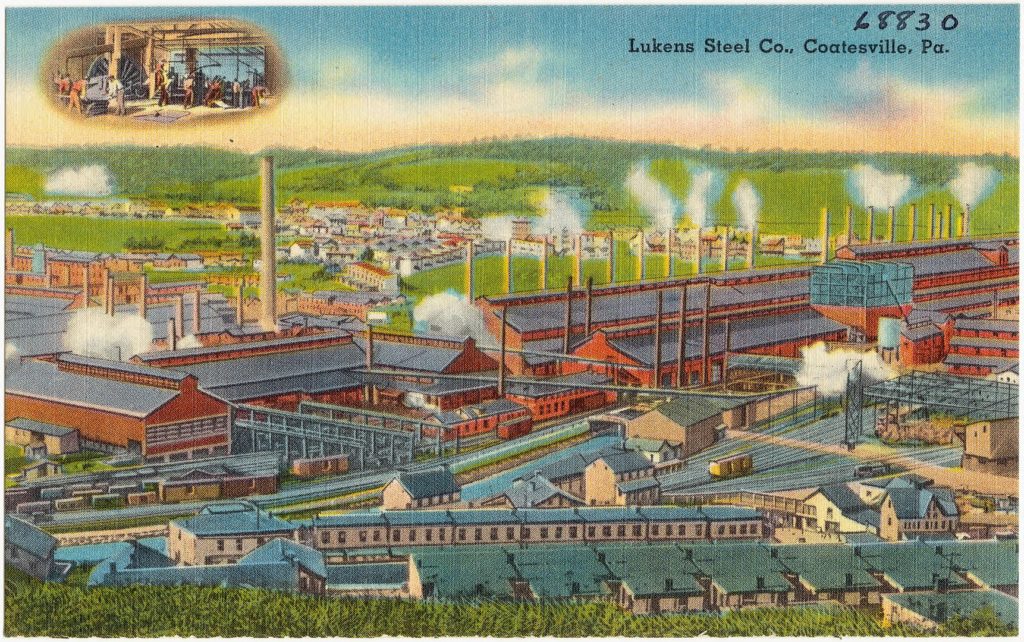